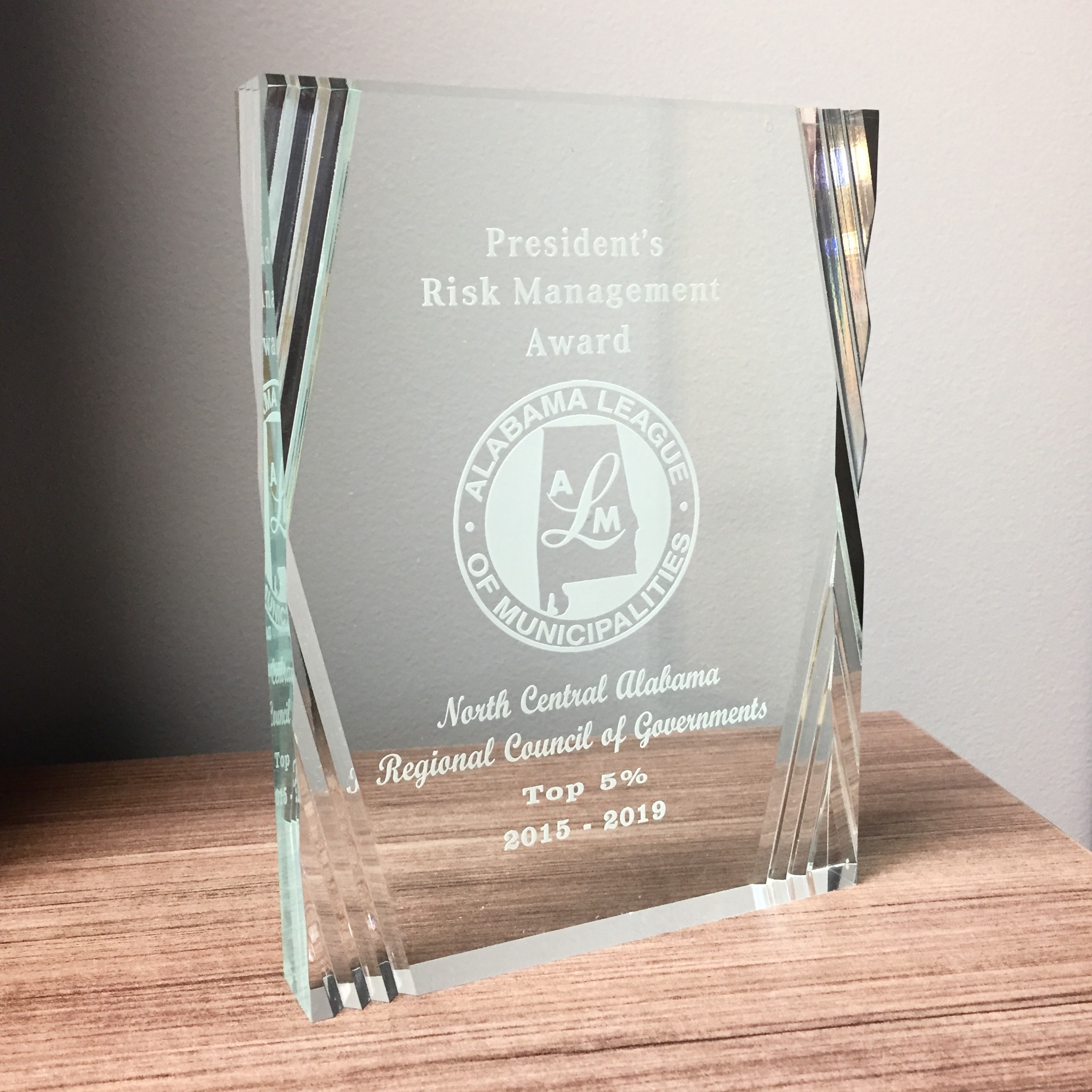 The North Central Alabama Regional Council of Governments was recently awarded a President’s Risk Management Award by the insurance division of the Alabama League of Municipalities.

About 775 public entities participate in one or both of the Alabama League of Municipalities (ALM) sponsored insurance programs which are the Municipal Workers Compensation Fund (MWCF) and the Alabama Municipal Insurance Corporation (AMIC). The Board of Directors of both programs approved the established of a Risk Management Award system in 2002. The award system recognizes those members who have instituted risk management and loss control activities in an effort to reduce their loss ratio.

Recipients of the President’s Risk Management Award, which included the top 5% of those members with minimal losses, for a five-year period, received a specially designed memento.

NARCOG is pleased to have received this award from ALM.